I’m going post one last track from northern Norway.  This one is found in Bodø, with a latitude of 67°18′20″N it’s just across the arctic circle.  With a population of 50,000 people, it’s the 12th largest city in Norway.  There are two athletics clubs found here, and since this looks like the only track in the area, they both use this one most likely.  The clubs are Bodø & Omegn IF Friidrett and Bodø Friidrettsklubb.  There are several different photo galleries on the Bodø Friidrettsklubb website HERE.  The Bodø Track looks really nice.  It’s a little bigger than most of the previous Norwegian track that I’ve posted.  This one has eight full lanes.  All field event, jumps and throws, are found on the inside of the oval. 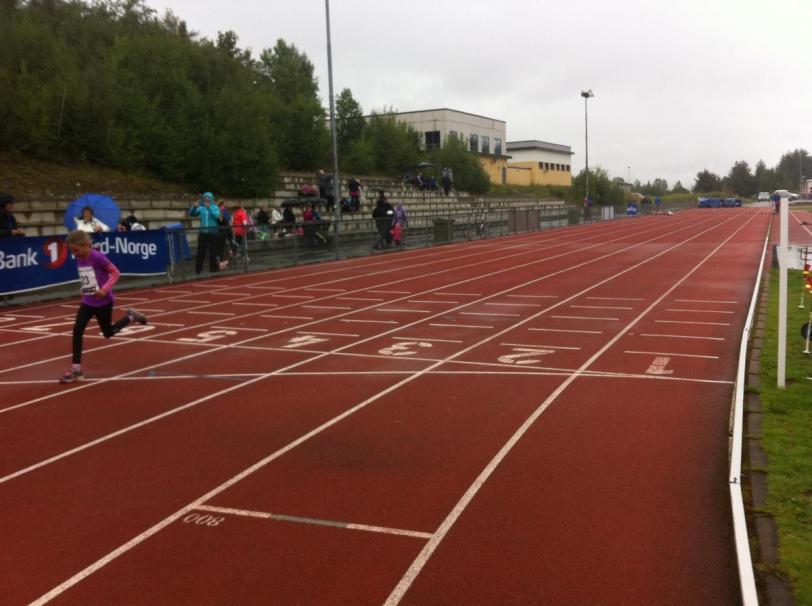