Camp Randall Stadium is located on the campus of the University of Wisconsin.  They started building the stadium in 1917, when it was originally used for track and field.  This facility has been expanded numerous times over the years, and it now has a seating capacity of 80,321.  It was during the renovation of 1958 however, that the track was removed.  The Badgers track & field teams now practice and complete at the Dan McClimon Memorial Track/Soccer Complex.

I’m posting this today because I’m in Madison today to go to the Gopher-Badger football game.  I attended the University of Minnesota and have been a lifelong Gopher fan.  My daughter is a sophomore at the University of Wisconsin, and my sister-in-law, and two brothers-in law all graduated from Wisconsin.  In fact my wife’s whole side of the family is made up of Badger fans.  This is a huge game every year, playing for Paul Bunyan’s Axe.  This year, the border-battle game is even bigger. The winner of this game goes on to play in the Big Ten championship game next week.  The loser’s season is over.  In all my years of following the Gophers, this is the biggest game that they have been involved in.  I am really looking forward to going this afternoon.  It’s going to be great game.  Go Gophers!  Ski-U-Mah!!! 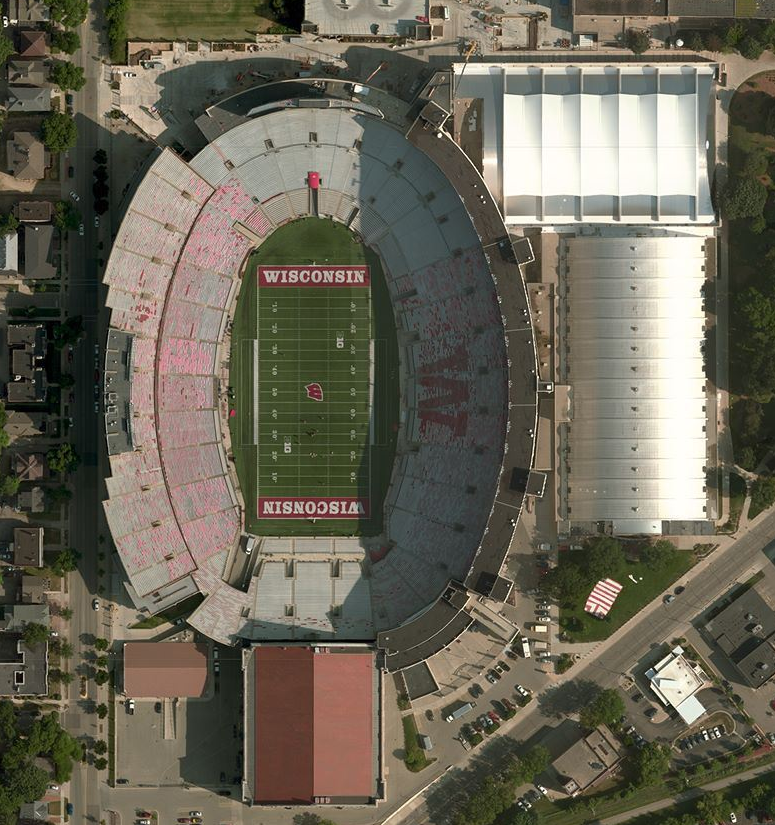