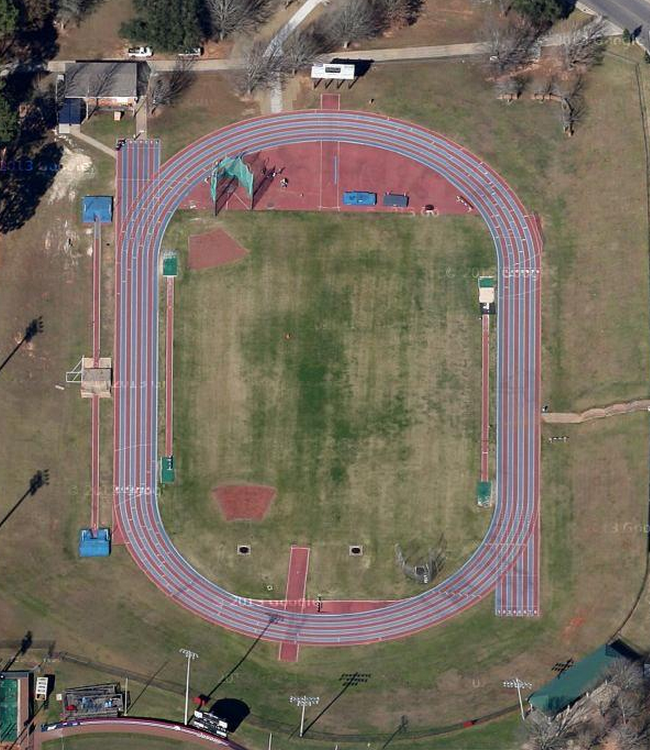 Of the remaining tracks in the Sun Belt Conference, there is only one left that I haven’t previously posted.  And since it’s Veteran’s Day in the U.S., it’s only fitting to post a red, white, and blue track.  Jaguar Track was completed in 2001, and is found on the campus of the University of South Alabama (USA, so the colors fit the initials too).  It has an awesome looking Mondo surface with alternating blue and red lanes.  The Jaguars host several meets here each year.  It will also be the site of the 2015 USATF Junior National Championships in June.  There are multiple options for the field events, which are all found on the inside of the track, except for the pole vault.  This one looks really cool! 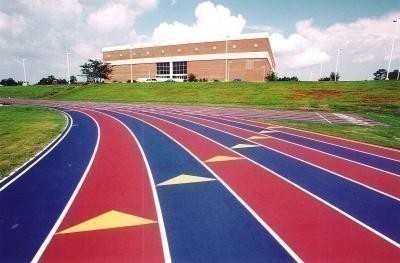