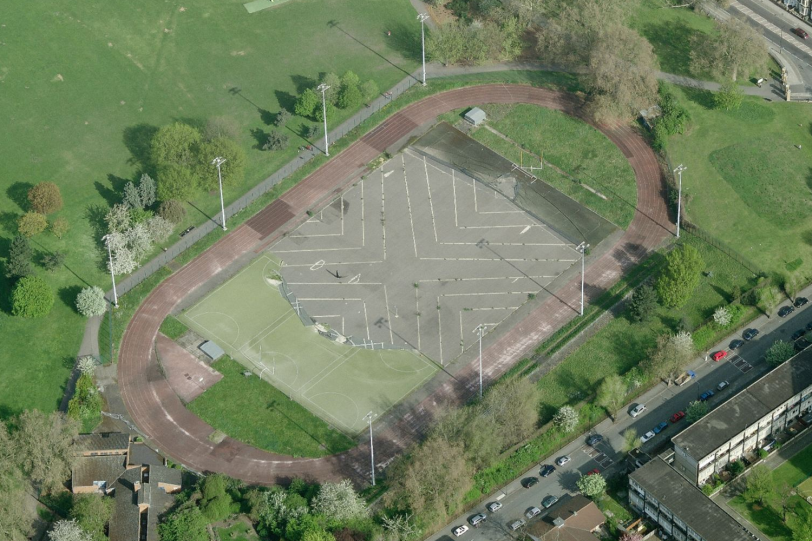 The Amazing Race teams traveled from the Virgin Islands to London in episode 2 this week.  After landing they were instructed to get to Tower Bridge.  Today’s track is found just a mile or so away from the bridge, at the Southwark Park Sports Centre.  This facility was completely re-done a few years ago, including a new track surface.  The track was one of the pre-competition practice facilities for the London 2012 Summer

Olympics.  In the Bing photo above, you notice the rough shape that the track was in.  Prior to the upgrade, it sounds like that track was practically unusable.  The infield looks very strange as well.  From what I can tell, they were in the process of removing a very old artificial grass surface, which was the old style and clearly installed directly onto asphalt.

*Update – After seeing some more recent photos, it appears the upgrade to track was never done and is still is bad shape (at least as a year ago).  Improvement plans are still in the works though.