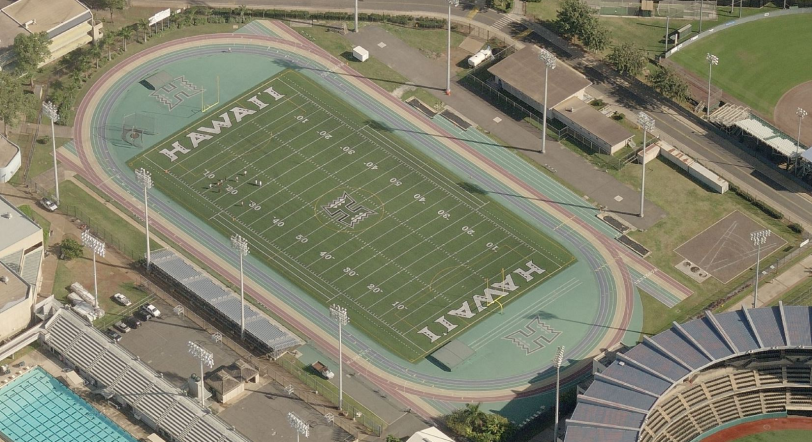 And last, but not least, we have the final track of the Big West Conference – The Clarence T.C. Ching Athletics Complex.  And unlike the Mountain West Conference series where I saved the worst for last, I saved what may be the best for last in this series.  This is a newly renovated facility found on the University of Hawaii-Manoa campus.  You’ll notice the rainbow-theme track, which is definitely a one a kind track.  While this may seem a little crazy and over the top, when your team is the Rainbow Warriors, this is about as perfect as you can get, in my opinion.  I think it looks awesome!

*Note – The satellite photo is old and does not show the construction or upgrades that were completed this fall.

*Update – There is a Google Streetview version for an up-close look at the track!

You can also get a great look at the new track in the highlight video from last week’s Rainbow Relays, the fifth of six home meets: